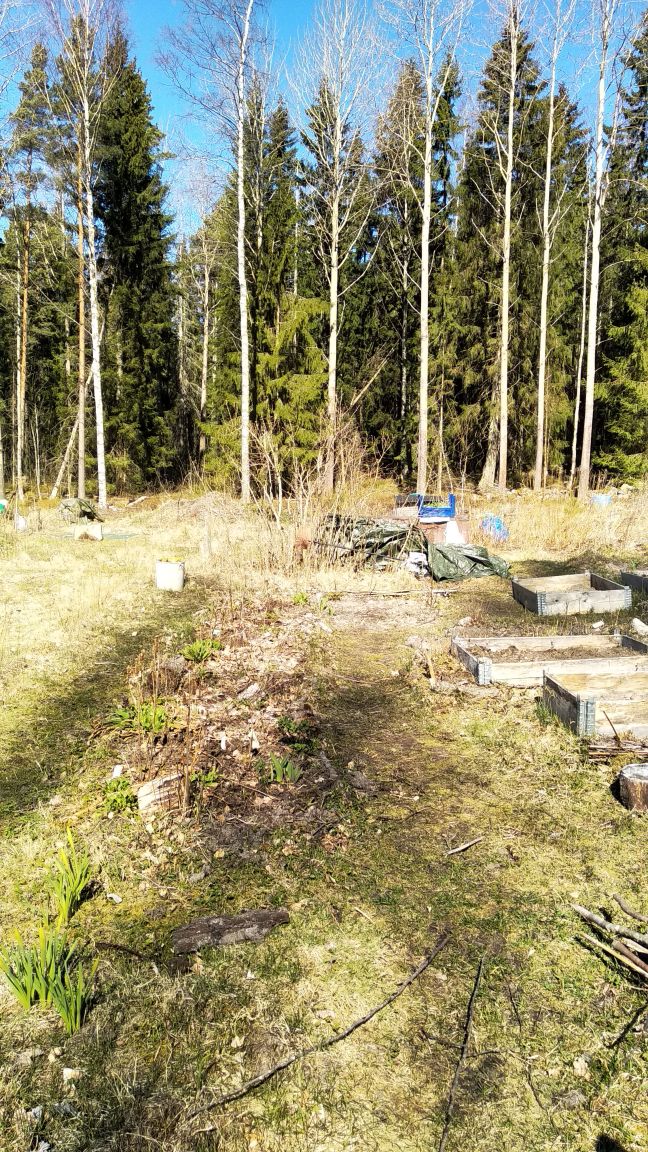 The dreaded thesis is in the hands of the gods now. That leaves me with a cluttered desk, and quite a bit of time on my hands. What to do? Binge-watching old seasons of Gardener’s World is always a go (I learned this as well during my procrastination process), plowing through the stacks of books littering the house (a fantasy of mine) is another neat idea.

Of course I should give the old desk a scrub, but that’d mean kicking all the tender plants out onto the balcony to harden off, and I haven’t got the heart to move them yet (I did leave the Zinnias out on the balcony by accident, so I guess that’s them hardening off now). This is May in Finland, after all, and King Boreas has only just begun his retreat. I’ll never stop overestimating the weather over here – every year the plants get plonked into the ground a good week earlier than the previous year, usually the first day of April reaching for 10 degrees.

The three loads of plants already carted off to the island don’t look too good at the moment, because I planted them out too early. Like the year before. ‘Next year I’ll do better’, yeah right. March 13th will be a splendid day, so off we’ll go. Only the komatsuna looks as though it’s still firmly with us in the land of the living. Maybe this is the year (third time’s a charm) I finally learn to leave everything on the safety of the balcony.

I’ll pick it up somewhere along these lines some of these days when the dahlias will start hardening off and the zinnias are too tall to be covered with a lid. In the meantime, here’s a picture from the plot, taken a week or so ago. You’ll be surprised to see how fast nature will catch up, but for now it’s still a bit bleak..